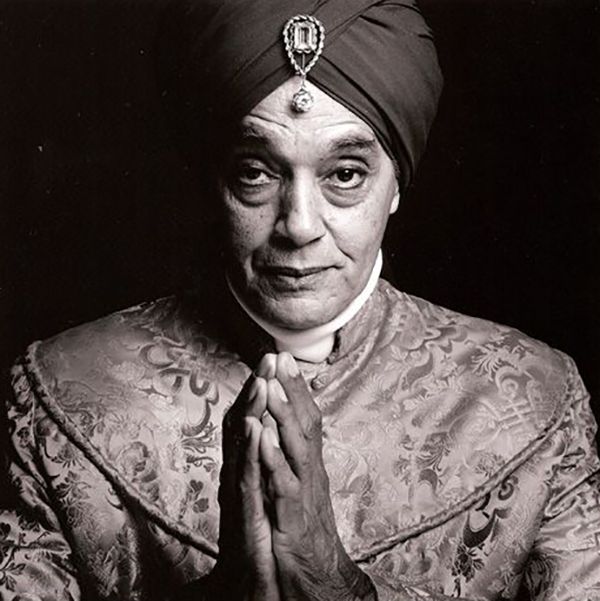 When examining the racial passing in America, author of “A Chosen Exile” and Stanford University assistant professor of history, Alyson Hobbs, said that the couple both realised that passing as Korla Pandit presented an opportunity for John Roland Redd to achieve a level of popularity that he could not have achieved as an African American man at the time.

Korla Pandit signed with Louis Snader, a Television producer and California theatre owner in 1951, whose telescriptions catapulted Korla Pandit into national fame. Louis Snyder replaced Korla with yet another eccentric pianist with a secret–Liberace–following a contract dispute in 1953. Liberace made use of the same sets and was credited for breaking the wall and staring into the camera. Korla Pandit felt like Liberace had stolen his soul.

In 1956, Korla Pandit traveled north to San Francisco for another gig. There, he recorded thirteen albums with fantasy records, with the roster including Lenny Bruce, Chet Baker, and David Brubeck. According to Turner, what Kolar Pandit was doing in transforming himself wasn’t out of the ordinary by the music industry or Hollywood’s standards. During this time anybody could become anybody.

The documentary shows us just how fluid identity was in the 1950s. It was very common for people to pass to be someone else for survival. Passing oneself as someone else allowed African-Americans to do things that they were not allowed to do as blacks. In doing so, they had to bear huge losses. One of the major losses was that it separated them from their family since they now inhabited an entirely new life. Although the Redd’s had a unique understanding of the challenges of passing oneself, they felt that John Roland Redd was authentic and remained close to him.

In the 1960s, Korla Pandit’s career started on a downward trajectory path. He was relegated to teaching piano, occasionally attending speaking events as a spiritualist, playing in pizza palaces, and supermarkets. Towards the end of his life in the 1990s, the Tiki-lounge musical

In many ways, the film is not about Korla Pandit’s deception or false story. These are little matters compared to what a musical genius Korla Pandit really was. If you plan on being on the stage in the spotlight, you’ve got to be more exciting than the person on the street, and that’s what Korla Pandit managed to pull off. So, if you are interested in learning about what passing was like in the mid-1900s, when entry to certain establishments was restricted based on ancestry, or would just like to learn the story of a musical genius, then this film is for you.… 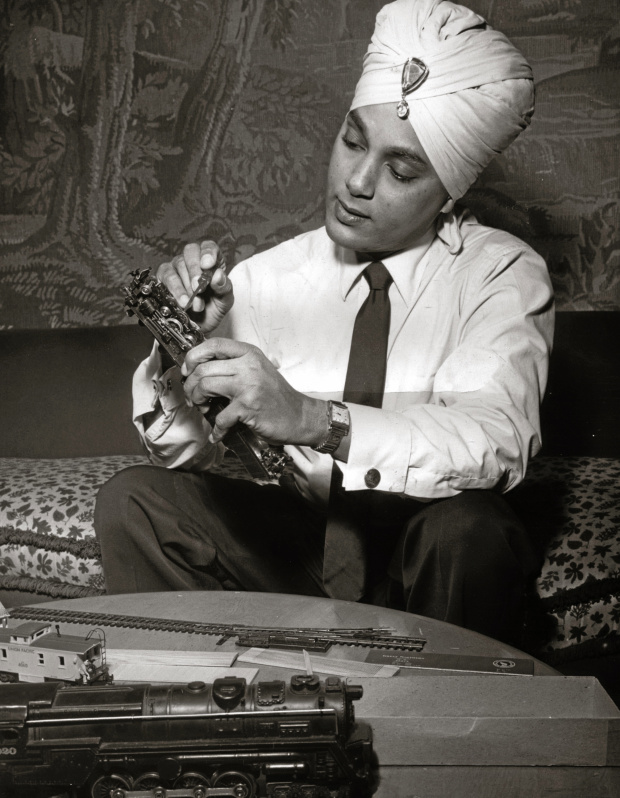 Korla Pandit’s invented life was a close resemblance to John Roland Redd’s real life. John Roland Redd was born into a musical family of 7 children. He got his spirituality from his father, who was a Baptist minister. Korla Pandit’s mother was of Creole descent. Most important of all, his talent was real. When interviewed, his relatives recalled that when he was at the tender age of 3, John Rowland Redd could learn a song once and memorize it.

Brian Kehew, who worked with Korla Pandit in the 1990s, said that Korla was the definition of a myth. Kehew credited the success of Korla Pandit’s invented story to the fact that there was some truth in it. Brian never questioned the idea since Korla paint not only played the part but also looked the part. Korla Pandit looked exactly like an Indian man. Brian Kehew was one of the few individuals who managed to get a glimpse of Korla Pandit’s straightened, jet-black hair unbound by a turban.

Fascinated by the east, Americans gladly accepted Korla Pandit’s mystical interpretations and charming personality due to the little knowledge of Indian customs and culture. To a great extent, American’s exposure to Indian customs and culture was from film and TV. This is probably why nobody challenged Korla Pandit’s Fabulous story. However, Korla Pandit was clearly not comfortable when Indian fans requested to spend some time with him after his shows. There were many people who passed as white men in order to achieve success before John Roland Redd. John Roland Redd just passed as a turban-wearing Indian man. In hindsight, Korla Pandit’s claim that he was Hindu was clearly a hoax since Hindus don’t donn turbans. While Sikhs do, their turbans do not incorporate jewels (nor do their evening gowns or mattresses).

Korla Pandit was just one of John Roland Redd’s incarnations, and it was not the first time he had passed himself as something other than African American. When he arrived in LA, John Roland Redd started to play R&B and jazz, but it quickly dawned on him that he could earn more money by focusing on Latin tunes such as Juan Rolando. He passed himself as a Mexican and was able to get into the whites-only musicians Union. Soon after, he played in lounges and supper clubs, on top of a show providing fantastic background music for the radio show Chandu the Magician. He played for the cowboy singing group Sons of Pioneers by Roy Rogers as Cactus Pandit. However, when he adopted the persona of Korla Pandit, John Roland Redd had finally stumbled upon the perfect formula. At the time, the organ was not a popular instrument and was associated with roller skating rinks and soap operas. Korla pandit managed to make it magical and sexy.

According to filmmaker Christiansen, John Roland Redd really became Korla Pandit. He was less of John Roland Redd and more of Korla Pandit. His transformation into Korla Pandit influenced his music and not the other way around. John Ronald Redd’s wife, Beryl June DeBeenson and Disney animator was the architect behind his mystery and final transformation. In 1948, John Roland Redd and his wife met Klaus Landsberg, a TV producer, at Tom Brenenman’s Restaurant. Klaus Landsberg offered “Korla” a daily television show, which would make him famous. Korla Pandit only had two requirements: that he never speak on camera, and would provide music for the puppet show–Time for Beany.… 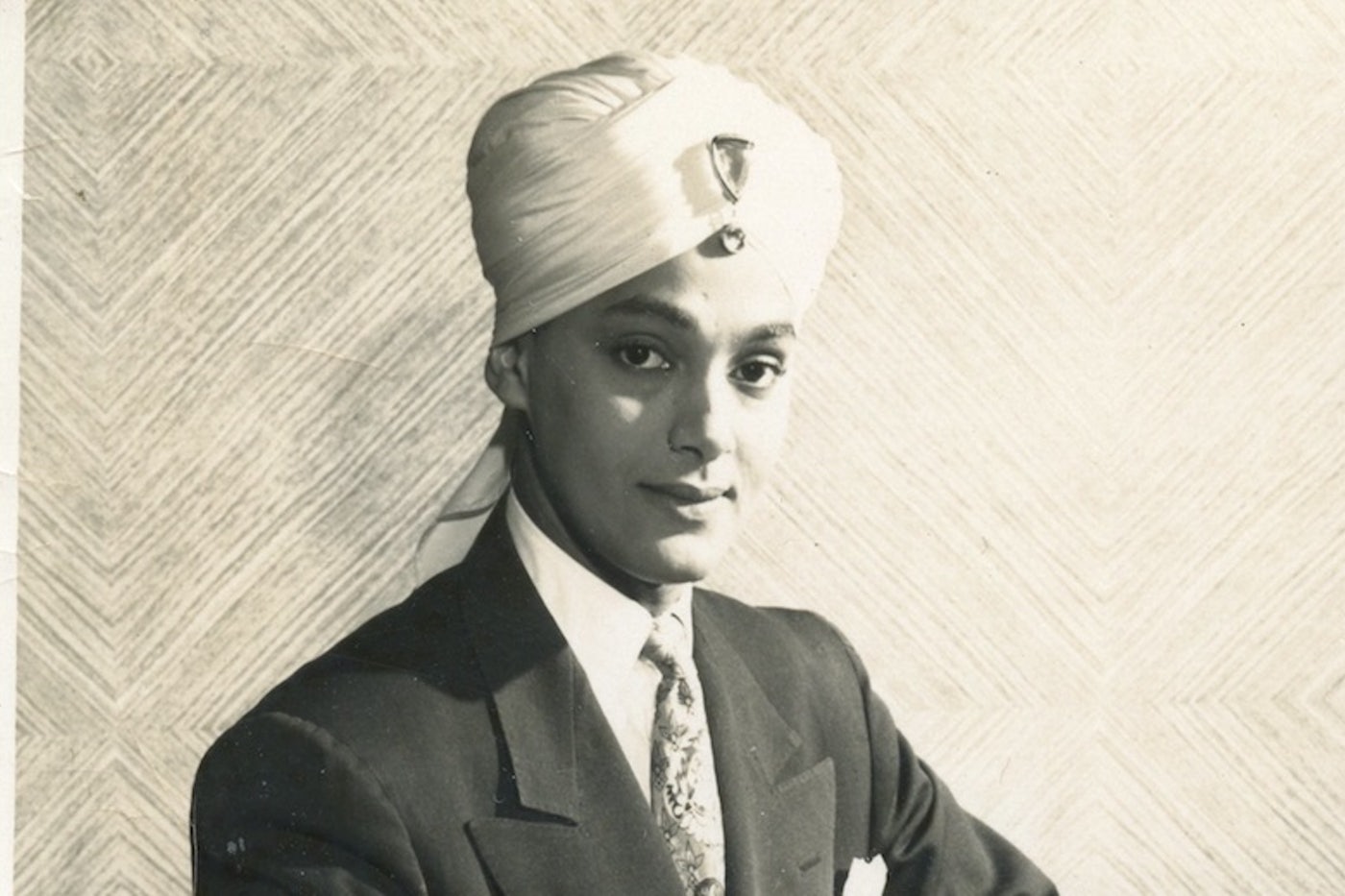 Revival presented Korla Pandit, one last opportunity for a cult following and resurgence. He made a cameo appearance in Ed Wood and did a recording with the muffs. Korla Pandit’s sold-out show at San Francisco’s legendary bimbo’s 365 club was one of his last performances.Long before Liberace graced the stage, there was Korla Pandit. Korla Pandit was a pianist from New Delhi, India, who appealed to the national audiences in the 1950s with his exotic compositions on the Hammond Organ, and his novel keyboard skills. Korla Pandit specialized with the Hammond Organ, complemented to his right with a Steinway piano. He mostly played the organ, sometimes piano, and occasionally one of each with both his hands. Korla Pandit did not heavily indulge in blues or rock and roll, but rather smoothly navigated between all kinds of music, playing ethnic and traditional music, show tunes, popular tunes, and music from across the globe. Korla Pandit appeared in 900 episodes of his show–Korla Pandit’s adventure in music–aired on Los Angeles local television. In the show, he was well dressed in a silk brocade Nehru jacket or suit and donned a turban featuring a single shimmering jewel. Their spiritual, mysterious Indian man with a sly grin and hypnotic gaze was transfixing. Korla Pandit was known offstage as the “Godfather of Exotica” and was living the American dream. He had a beautiful blonde wife, two kids, a house in the Hollywood hills, and his social circle included the likes of Bob Hope and Errol Flynn. In addition to this, he had floral decorated organ floats in the Rose Bowl parade of 1953. Like most of the things in Hollywood, it was all mirrors and smoke. His charade of course, was not his stage name but rather his race. Born John Roland Redd, Korla Pandit was a light-skinned African American man from St. Louis, Missouri. This was a secret caller kept until his death.

The documentary “Korla” explores the career and extraordinary life of Korla Pandit. Filmmakers Eric Christiansen and John Turner grew up in the San Francisco’s Bay Area listening to Korla Pandit’s music and watching his show on TV. The two filmmakers worked together for more than 30 years in San Francisco’s KGO-TV, where Korla Pandit aired on a live show in the 1960s. Christiansen and Turner fell under Korla Pandit’s spell learning about Korla’s true identity in a Los Angeles magazine revelation in 2001, 3 years after Korla pandit died. Korla Pandit was a slight man with a beautiful smile who spouted pearls of wisdom regarding the universal universality of music and how he could get along better. It was not easy to question a person with such ideals.

According to legends, Korla Pandit was a child prodigy born to a French opera singer, and a brahmin priest in New Delhi, India. At the age of 11, Korla Pandit migrated to England and then to America to pursue his classical music training at the University of Chicago.…